Tom Ammiano asks you to join him for food and drink and comedy, in support of Kim Alvarenga for Board of Supervisors.
Contact: Esther Marks 415-665-5417
More info & RSVP

— Leaning Tower of Frisco ©  It recently came to light that the new 58-story Millennium Tower has sunk 16 inches and leans 2 inches, due to the builders taking a shortcut and drilling support pilings only 60 feet into the ground rather than the 260 feet needed to reach bedrock.  Supervisors Aaron Peskin and Jane Kim are launching an investigation into the cause of this slip-up, beginning Thursday morning with testimony from key people in the SF Dept of Building Inspection. 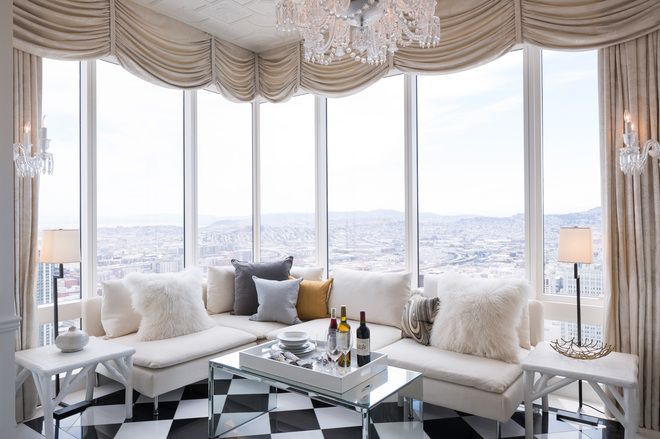 District 5 residents will get to hear from both candidates for D5 Supervisor, current supervisor, London Breed, and opponent, Dean Preston. Dean Preston is a tenants rights activist and affordable housing advocate, info [at] votedean.com. London Breed’s campaign, positions and record and contact can be found at info [at] londonforsupervisor.com.  More info A new movie about the 2015 San Francisco  election and the fight to keep the city from becoming “Company Town.”  October 9, 2016 premiere  Info & trailer.

The once free-spirited city of San Francisco is now a “Company Town,” a playground for tech moguls of the “sharing economy.  — Filmmakers’ description

”“Company Town” is a shot of political energy, just when we need it most — a valentine to the weird and wild hurly-burly of the electoral process at the grassroots level, from where true democracy springs.” —— David Talbot, founder of Salon and bestselling author of  “Season of the Witch” and “The Devil’s Chessboard”

“I was thrilled by Company Town’s virtuoso storytelling, its compassion, and the message that democracy can actually win the fight (sometimes!) against our corporate overlords.”  —— Josh Kornbluth, Monologuist & Filmmaker

SF’s new progressive era could come to a halt in November
9/6/16 Examiner: “Some progressives see District 11 [Kim Alvarenga] as the one seat most at risk of causing the progressives to lose the board majority.”
Better news: On Sat 9/10 Kim Alvarenga picked up the D11 Dem Club sole endorsement by a 3–1 margin.
Best bet: Join Kim’s team to get the word out about this exceptional candidate.
Nov 8 Election Events full calendar  —  Campaign events and volunteer opportunities.
Kim Alvarenga D11 Website  Donate

The campaign teams are well-organized and enjoyable to work with.  You’ll meet campaign manager Chelsea in D1 for Sandra Fewer, Angeles in D9 for Hillary Ronen, and Emily in D11 for Kim Alvarenga.  Jane Kim’s State Senate campaign is run by Charles and Davi, and often coordinates with the Supe campaigns.  Get out in the field and meet the candidates and campaign staffs, all hard workers and the best sort of folks!

Put in an hour or two, once each week — check the calendar and help one of the campaigns with voter outreach.
Do this even if the candidate is not in your Supervisor District.  The key to success in November is for everyone in Our City to get out and talk to voters.

There are only 7 weekends left before the election — get out there now!

How we keep control of Our City in November

Following the great success of the Reform Slate in the recent DCCC election for control of the SF Democratic Party San Franciscans for Our City must once again support a unified slate of candidates and measures in the November 8 election.  Following is the unofficial “Our City” slate of candidates for the November 8 election.  Learn more about them and donate to their campaigns.

“Our City” slate of Supervisor candidates for the Nov 8 election

Other citywide “Our City” candidates for the Nov 8 election